A Requiem for renaissance

How can a person write a new version of the Requiem, in 2020, considering the masterpieces that music history has left us with? The arrival of the global Covid 19 crisis has raised questions about life, loneliness in the face of death, renewal and self-reflection. It was in April 2020, in the midst of this crisis, that I wrote this Requiem.

Has man been punished by God? This is the theme of the legend of Babel, found in the book of Genesis, and which is present in the three great monotheistic religions. I chose to open the Requiem with an adaptation of this text in French, my mother tongue, so that everyone can hear the meaning and message: that of derailed ambition, lost language and the need to listen to each other in order to hear each other again. The dispersion of languages in the legend of the land of Shinar led me to write the rest of the Requiem in three languages.
After the request for light in Lux aeterna and the text of Babel, I chose two episodes from the Christian liturgical ceremony: Lacrimosa and Dies Irae; day of tears and day of wrath. ...

Two symbols: one of grief and rebirth, the other of fury and destruction. My Moroccan friend, poet and philosopher Mohammed Ennaji proposed an original text in literary Arabic,

“Qoboûr’, which would be the counterpart of the Latin “Ingemisco”. “Qoboûr” is a meditation on our tombs, opened and discovered, which can welcome kings as well as the destitute towards what the profane call Death. In the following movement, man praises the glory of God, in the hope of finding the lost language, and asks for joy. This is the theme of “Gloria”, in the fifth position of this Requiem. The Offertory is a musical moment of internal reflection. We will find the answer, but the theme of “Dies Irae” is still rumbling, distant but present. This is the main message delivered by the “Song of Songs” (Shir Hashirim): only Love is stronger than Death. The man lost in the garden of walnut trees seeks the solution; and there it was in front of him: Love, which blazes like fire. The trumpet calls, which is the call of Death (Tuba Mirum) to appear before the Judge, and gather us at the foot of the throne of God. Each in his own language, men will ask for rest, forgiveness and eternal light. “Requiem aeternam” in Latin, “Ya rabbou” in Arabic and “Kaddish” in Hebrew are mixed together to form the last prayer.
Death has come, but it is only a passage, because renaissance and a new life are already underway. 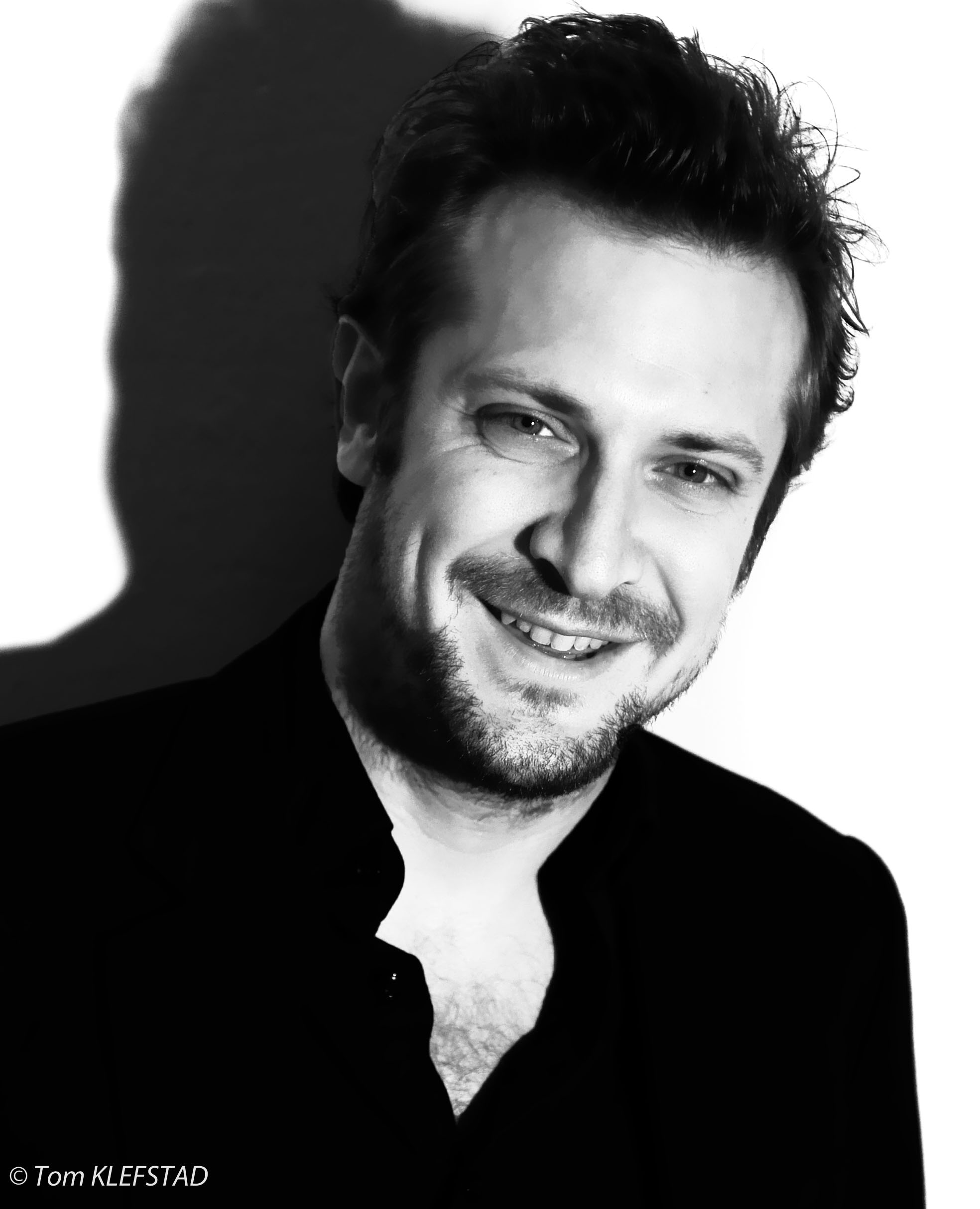 Meeting with Laurent Couson, composer and conductor. His latest composition, Requiem XIX, will be premiered on June 26th 2021 at the church of Saint-Médard. A requiem for times of crisis, a work that brings a message of hope and celebrates life and living together..

How does one get the idea of writing a Requiem today?

No composer can be insensitive to the genre of the Requiem, which has produced so many masterpieces, from Mozart to Britten. I would also add that I have a passion for theology. And of course there is what we have experienced in recent months. The idea of writing a Requiem came to me at the time of the health crisis, the XIX alludes to it. The first confinement in the spring of 2020 left me with some free time like many people, so I was able to devote myself entirely to its composition. I have written my Requiem XIX in a month: I don't know if this work would have existed without the crisis, but I certainly wouldn't have written it so quickly.

What meaning can you give to your work in this period?

In an era that locks people up, that keeps them at a distance from each other, I wanted to write a work that expressed the idea of reunion, of concord. The biblical episode of the Tower of Babel is exposed in the prologue. Of course, one can read there a parabola on the vanity and and excessiveness of human endeavors, but one can also see the necessity for all people deprived of a common language to reach out to others and make an effort to understand each other. "Love is stronger than death": these words from the Song of Songs are in the text of my Requiem: they sum up the spirit of it.

Your Requiem combines the traditional episodes of the Christian requiem (Dies Irae, Gloria, Tuba Mirum...) with excerpts from the Hebrew bible and the poetry of Mohammed Ennaji.

I didn’t have a “mass for the dead” in mind, but rather a work made to gather memories and celebrate life. I had the idea for a long time of bringing together three works into a single work; I thought of adding to the Catholic liturgical text the Kaddish prayer, verses from the Song of Songs, as well as an original text in literary Arabic by the great Moroccan poet Mohammed Ennaji, who immediately responded to my proposal. To my knowledge, there is no other work that combines the languages of the three great monotheistic religions; Latin, Hebrew and literary Arabic. I have also worked with theologians and religious people. And I had the philosopher and theologian Jean-Yves Leloup read over the construction of the final text. ...

Your Requiem brings a message of peace and celebrates life.

At the premiere of Requiem XIX, which will take place June 26th at the Saint-Médard Church, representatives of the three great monotheistic will be present: an imam, a rabbi and an archbishop. All three will speak at the at the beginning of the concert to celebrate "living together". “Safe World Peace” and “Coexister”, two associations that work for peace and social cohesion, are also supporting Requiem XIX. Playing this work at the heart of the crisis naturally holds symbolic value. Breaking down the barriers between people, and between musical genres is something I'm very sensitive to. For several years I have been involved in the programming of the “International Festival of Three Cultures”, which took place in Spain, France and Morocco. Works were sung in Arabic, Hebrew and French. Didier Lockwood, for whom I had the greatest admiration, and who was for me a master (he produced my first record), played at the Festival des Trois Cultures. I mention him because he perfectly symbolizes this spirit of opening and transmission and sharing.

Can we talk about your performers?

A Requiem is first of all a choir. Marie-Christine Pannetier, who conducts the two choirs that we hear in Requiem XIX: Pro Homine and Al Fin Voce, has done a fantastic job. At a time when everyone else felt overwhelmed by the confinement and was giving up, Marie-Christine brought her singers into the adventure. In France, we are lucky to have many high-level amateur choirs. My Requiem was written so that the greatest number of these choirs can perform it, as they did with “Misatango” by Martin Palmeri. That work was an extraordinary success. Not a week goes by without it being performed somewhere in the world. “Magnifica” is a magnificent brass ensemble that has always been turned towards creation. They play with homogeneity and a unique ardor. Finally, I would like to mention Mélody Louledjian, the soprano soloist, who imposes her presence and her exceptional vocal qualities.

Musically, the formation is classical (choir, soloist, instrumental ensemble). The language is polyphonic, of great harmonic and rhythmic subtleties, but always melodic. Tell us about your musical style?

Tonality is the basis of my writing. I need to hear a melody. But it is classical writing enriched by my experience in jazz and film scores. And the tonality does not refer to the past nor does it imply any simplicity of writing: it simply allows the listener to appreciate the beauty of the work. You don’t need to have studied architecture to appreciate the beauty of the Eiffel Tower, but only an architect can build it. Perhaps this is how young audiences will return to classical concert halls: by programming more current composers, and composers from all walks of life. The repertoire is important, but so is living music. In the 19th century, it represented 80% of the works played in concert. Rejuvenation is what will prevent orchestras from dying.

If the confinement gave you time to compose your Requiem, does that mean that your other projects, like many artists, have been suspended?

Indeed, all the concerts of the Electro Symphonic Project, whose recordings have been released with Decca Records last year, have been cancelled. I hope they will be rescheduled as soon as possible. This is a new kind of experience; bringing together electro music and the symphony orchestra. Another postponed release, is the lastest film of Claude Lelouch, called “Love is better than life”, for which I wrote the music. I have been working with Claude for fifteen years as a composer, and I have also acted in several of his films, always in the role of a musician, a character that Claude likes to show on screen. I think I can say that Claude loved the idea of Requiem XIX. He promised to be there for the premiere on June 26th.